Posted by alfredosalazar at 6:40 PM No comments:

Installation from Julieta Hanono
Posted by alfredosalazar at 10:10 AM No comments:

Posted by alfredosalazar at 9:53 AM No comments:

Posted by alfredosalazar at 9:48 AM No comments:

A friend always tells me go to Sweden, when you're there it seems that you are living inside a Comic. People are fantastic. The Fashion House and Acne Creative Collective from Sweden presented it's first men collection with a show that I can only say wonderful. The street wear line of course but full of color and creativity, very simple, but elegant and sophisticated.

Models come out as a comic and dresses in colors pop. Freshness!!

Acne creative director Jonny Johansson made his debut on the Parisian catwalk with the label's youthful touch.

"It's just a feeling, you know," creative director Jonny Johansson shrugged after the show. "All the tailoring—I thought that was in the moment, something fresh. I'm tired of all this heritage, the older models or whatever. It's time for something young."

A parade of celebrities.

As expected a good show for to close the Men Fashion Week Paris. Now we can say that the last shall will be first.

A party at the Fidelité for celebrated the big success ....

Posted by alfredosalazar at 9:16 AM No comments:

The music plays with the fluid and architectural lines of clothing created by Damir Doma in his last show. It took only two colors to design a line full of forms almost ephemeral as it may be suddenly the architecture. The show a real taste to eyes. Although only dominated the black and white atmosphere of one future seemed very conceptual, very comfortable and at ease.

Damir Doma’s collections seem lit by a soft, melancholic quest for fluidity. Inspired by identity’s multiple expressions and the link with the fragile, ephemeral quality of the body, he creates pieces that explore interpretations of contemporary masculinity.

Damir Doma is a fashion designer based in Paris. According to the Berlin based high-fashion Magazine, Achtung-Mode, Damir Doma is 'considered as the most important German fashion designer of his generation'. He was born in Croatia but grew up in southern Germany near the lake Chiemsee where his mother has a clothing atelier. He calls his mother an influential person in his own development.

Posted by alfredosalazar at 3:41 PM No comments:

once upon a time…the “asp” company was founded in 1995. the brand evolved in 1998 to become on aura tout vu, a french expression meaning “you think you’ve seen it all”.

On aura tout vu made its name at first by creating and producing exclusive fashion accessories, embroideries, buttons and garments for various haute couture brands before starting its own brand collections of ready-to-wear, accessories and couture clothes, home design, fragrances end make-up…

Over the years, on aura tout vu’s skill and experience resulted in a strengthened presence in the fashion sector and enabled it to become less production-oriented for other haute couture and ready-to-wear brands and more creation and market driven for its own brands.

in light of its growing international prestige, on aura tout vu management came up with a plan that was based on expanding its product range, repositioning its offer and selectively developing a retail distribution network.

Posted by alfredosalazar at 3:39 PM No comments:

The international adventure and experience from a photographer!!!!

Posted by alfredosalazar at 5:21 AM No comments:

That confusion: Agnès B or Patty Smith and Because the Night

I did not know if Agnés B was inspired by her collection in Peru, or if some pieces were from Uniqlo and had only changed some materials or colors. Or if you could suddenly have a touch very England!, very Vivienne Westwood but such madness. No more crazy ideas!!!! Perhaps nothing unusual, may be some "kitsch" poses of models. Only champagne and macarons for to live a sweety moment. The video of "Fréderick" from Patti Smith were it not for the end of show I had forgotten totally the show!!!!!!

Posted by alfredosalazar at 5:18 AM No comments:

When I first came to Paris, all time I had with me in my bag a blue small crystal ball, gift from a photographer friend from Cuba. I kept it as a child, the small ball was my treasure. At the same time my friend Rebeca Solano find me a invitation for go to one show of Givenchy, where the designer -was curiously- Alexander McQueen. I was so excited, so much that i fell my crystal ball and surprised!! the person was found it was Alexander, What moment !!! There are some importance events that caused by accidents. Some day, a photo stylist was preparing a photo-shoot for me and the magazine Velvet and accidentally she brooked a necklace-sculpture of Gustavo Lins manufactured in ceramic of Sèvres. I had always wanted to meet Gustavo Lins. And since this was the moment. A very experience to visit his design studio and find his wonderful pieces that are an incredible manufacturing. The presentation of his latest collection is a great pleasure to the eye and touch. For a long time since I not had this feeling, which does not happen me with a lot of those new or emergents designers. Grandisimo Gustavo!!! Bravo!!!

Posted by alfredosalazar at 5:13 AM No comments:

What are your thoughts ?.....quick ! Take out your pen and write them down.

The simple act of taking out a favorite pen from your breast pocket or bag and writing down your thoughts and ideas will never be lost, even in our age of mobile electronic communication. A pen can influence the shape and placement of a pocket, the fabric and the gesture itself.

The relationship existing between clothes, people and their favorite pens is an intimate one.

ISSEY MIYAKE AUTUMN WINTER 2011Collection is one that draws.

Take out your pen and write them down

Posted by alfredosalazar at 5:11 AM No comments: 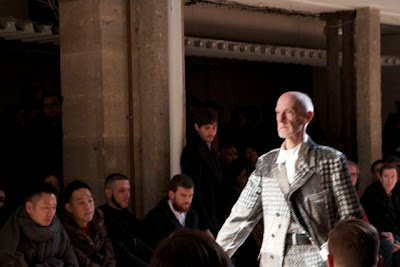 He was so young and one of my dreams was to be part of that world of fashion and being in such famous Parisian catwalks. To become a very important fashion photographer too!!!

When I was in NY cried in front of the displays because I always seemed so pure line design of Yamamoto and to have all his clothes.

I just go home after see his last show and thanks to God was full of elegance and great color details!

The most interesting is that the casting was fabulous: very very old men and very very fat models!

Thanks for letting us see a different look than we can be a model!!

Thanks for making us more accessible the fashion world and keep us out of our own stereotypes!!!!!

A grand show, a grand musical parade, to end the first day of Paris Fashion Week 2011

I love Yamamoto and I want always to cry but of happiness!!!

Posted by alfredosalazar at 3:09 PM No comments:

The family reunion or funeral and a break with Suzy Menkes 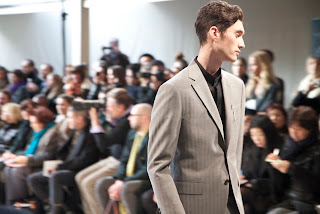 The family reunion or funeral and a break with Suzy Menkes

At the end, I decided to go for the Men's Fashion Week in Paris, even I did not sleep last night. First I decided to go see the show of Issey Miyake, now created by Dai Fujiwara.

I put my hat Reinhard Plank and invited my friend Luisa Saenz model and actress to come with me.

After Christmas holidays and the beginning of the new year is fun to go back to the ritual of running from one show to another and seeing people known and not.

I'm always so curious to see the creations of Dai.

A buyer and a journalist friend greets me and just another time another comes and tells us that good to see you again!!!, it seems that we were on a family reunion or it could be a funeral!!!!

And this commentary can be so stupid but it's true, everyone working in the profession we are in a fashion show, we are very loving greetings, and there everything was finished as ephemeral as a Christmas dinner with your family.

Well, the show starts and the designer shaw the collection relied on a story of a Paris writer who writes a love letter .... A poetry collection…….

And then was to congratulate him and that time I wanted to cross a word with Suzy Menkes that disappeared faster than a ghost. I could only say very fast hi to Dai too! Luisa and I ate some apples.

Posted by alfredosalazar at 9:25 AM No comments: 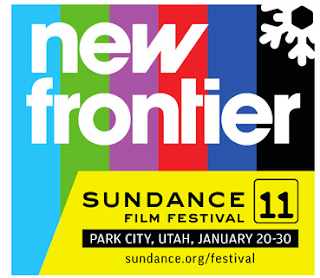 The program, celebrating its fifth year, brings together established and emerging artists from film, art, performance, gaming, and new media technology. It provides the artists a film festival environment in which to share their work, and Festival audiences a place to explore the latest in cinematic innovation and transmedia storytelling. Sundance Film Festival senior programmer and curator Shari Frilot writes, "Today's media environment assumes three-dimensional realities in time and space. Mobile networks, electronic gadgets, wireless Internet, and surveillance technologies now encrust our bodies, creating an electroskeleton that structures our modern lives, affecting our ethics and our decision making. As this evolution intensifies, New Frontier explores how storytelling and independent cinematic expression can exist at this forefront to compel audiences to engage with one another in ways that fortify our humanity."

Blast Theory, A Machine to See With

Mark Boulos, All That Is Solid Melts into Air

The Bruce High Quality Foundation, We Like America and America Likes Us (The Corpse)

Miwa Matreyek, Dreaming of Lucid Living and Myth and Infrastructure

Posted by alfredosalazar at 3:27 PM No comments: